Can you cook in a cast iron skillet with rust? 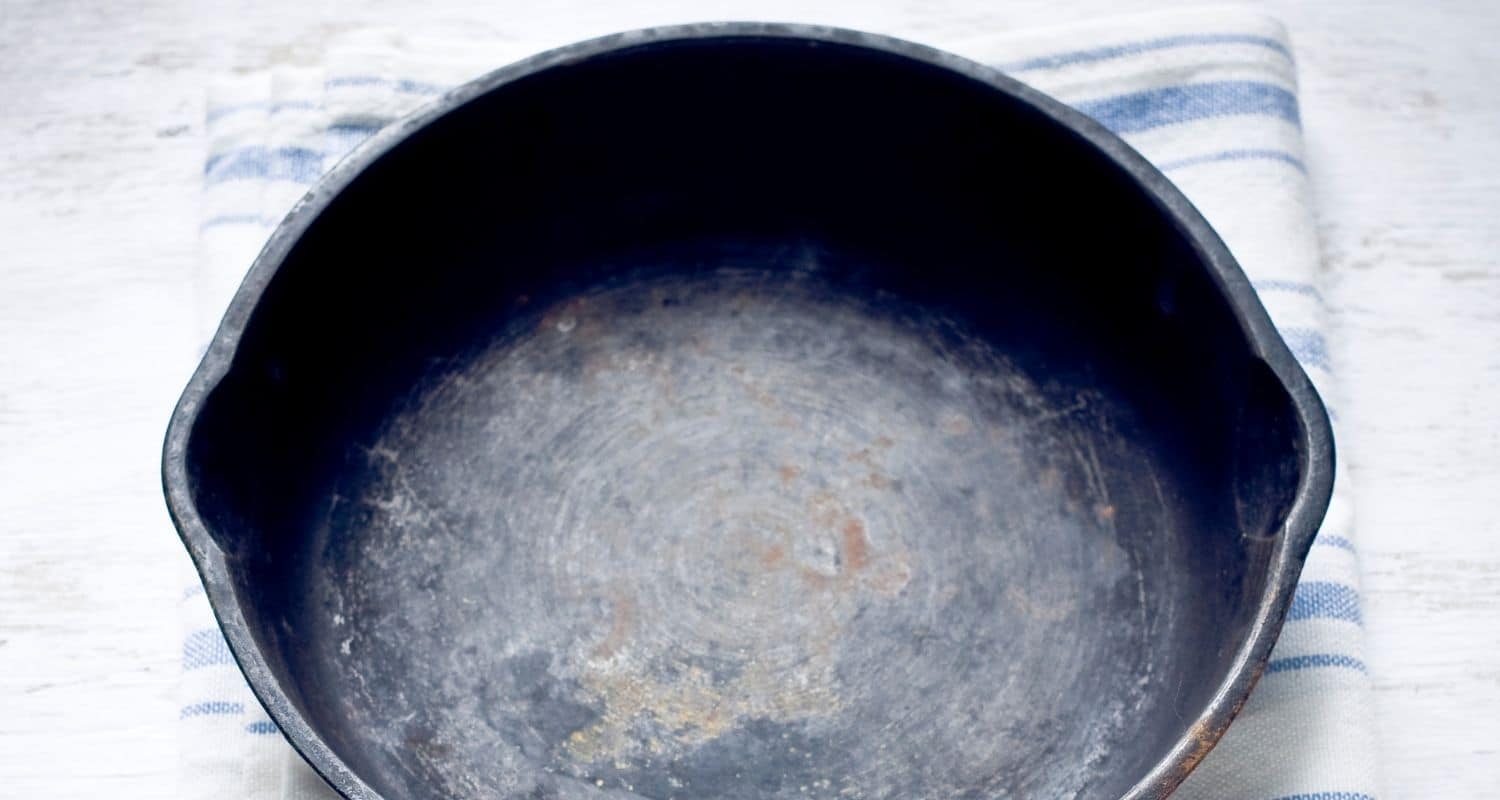 Can you cook in a cast iron skillet with rust?

It’s time to bake something delicious—but when you pull out your trusty loaf pan (or muffin pan, or cast-iron skillet), you see a few spots of rust forming.

You’re worried and ask yourself if you can cook in a cast-iron skillet with rust. What if it’s toxic? What about tetanus?!

The answer is yes. You can cook in a cast-iron skillet with rust. You don’t get sick from it, and the food probably won’t taste any different either. The only real health risk would be that iron leaching into food cooked in a cast-iron skillet with rust. You can minimize this risk by using the pan often since it should be less likely to break down and release iron into your food over time.

Here in this article, we’ll answer some common questions about rusty skillets and provide some information to prevent rust from your skillets.

Can you eat out of a rusty cast iron skillet?

Eating out of a rusty cast iron skillet is perfectly safe. The food prepared in your cast-iron skillet will not cause any health problems or issues. While the flavor might be affected by rust, it’s not enough for anyone to notice unless they’re looking for it. If you are cooking with acidic foods like tomato sauce, vinegar, etc., you may taste metallic flavors from the skillets.

How do you avoid food from tasting like rusty cast-iron skillets?

You can reduce the metallic flavor in the food by seasoning the pan before use and washing it before cooking. For those concerned about dealing with a rusty cast iron skillet, you can purchase one pre-seasoned or bake some oil into your cast-iron skillet and then store it for later use. Either way, if you take care of your cast-iron cookware, they should last a long time without breaking down and rusting out.

What are the health risks of cooking in a cast-iron skillet with rust?

There are no real health risks associated with eating food prepared in skillets with some rust. However, if you cook acidic foods like tomato sauce or vinegar, there is a slight chance you might encounter some metallic flavors.

Is it bad to use a cast iron skillet with rust?

Rusty Cast Iron Skillets aren’t even remotely dangerous. A bit of surface rust won’t hurt anything, so if your pan is still functional, you can keep cooking with it. Just scrub the rust off before adding new oil or cooking.

Over time, cast iron will become too severely rusted to use. When cast iron is so badly rusted that it starts flaking off big chunks of itself, its days are numbered, and it’s also an ideal breeding ground for bacteria.

At this point, however, you’re dealing with a safety concern rather than some poisoning due to metal ingestion, so if the pan has lost enough material that you can see into the surface of the iron, it’s gone bad and should be discarded appropriately. Anytime cast-iron cookware becomes damaged (including oxidizing away to nothing), it should be replaced.

If you take good care of your cast iron skillet and use it often, it won’t rust out until you’re ready to get rid of it because the food residue and oil layer (the seasoning) inside will protect against rusting.

Read More: Do you have to saute onions before crockpot?

Here are basic 10 reasons why cast iron skillet gets rust.

Prevention methods from getting rust

You can prevent your cast iron skillet from rusting by doing the following measures:

There are several different ways to clean a cast-iron skillet.

The simple method is to wash with hot water soap and scrub it well if you cook something, particularly greasy or fatty, inside.

After that step, finish by wiping the pan down with salt to help get into any crevices before drying entirely over low heat on the stovetop.

If you want to go beyond this primary cleaning method, there are other proven techniques for getting your cast iron skillet shiny again.

Let sit overnight filled with water. The next day, scrub with baking soda paste (mix baking soda in enough water to make a paste). If it’s awful, do this two nights in a row.

Fill the skillet with hot water and pour salt directly inside. Use a plastic scraper to loosen any burned-on food or grime, then rinse clean under warm running water.

Pour white vinegar inside the pan until it’s about half full, allowing it to sit for an hour before scrubbing well using another piece of cut-up t-shirt fabric dipped into the vinegar itself (works better than scrubbing pads). You can also use baking soda paste if you prefer. When finished, wipe down over low heat to dry completely.

Coat inside surface generously with oven cleaner spray & set in the open air, away from the flame. Let stand overnight; scrub coarsely with a plastic dinnerware scrubber before rinsing clean.

If you notice rust forming on your cast iron skillet, it’s essential to remove the rust spots immediately since they can become worse over time and potentially destroy the entire pan if left untreated.

To get rid of any rust spots, start by cleaning well using a piece of cut-up old t-shirt fabric dipped in white vinegar or baking soda paste. Rinse smooth with hot water and dry completely over low heat on the stovetop.

Once it has dried completely, apply a thin layer of cooking oil to the surface and allow it to sit for an hour before wiping it down with another clean cloth.

Read More:  How wide is a 5 quart saute pan?

So it is concluded that eating from rusting cast iron skillet is not bad for health. But it has to be cleaned well to get rid of rust spots. It is also suggested that excess oil should not be used in a cast-iron skillet, and acidic food items should always be cooked at low temperatures only.

Following these helpful tips for maintaining your cast iron skillet should keep your cooking surface in good working condition for years to come. Does sauteing jalapenos make them hotter?

Can you season a cast iron skillet with avocado oil?